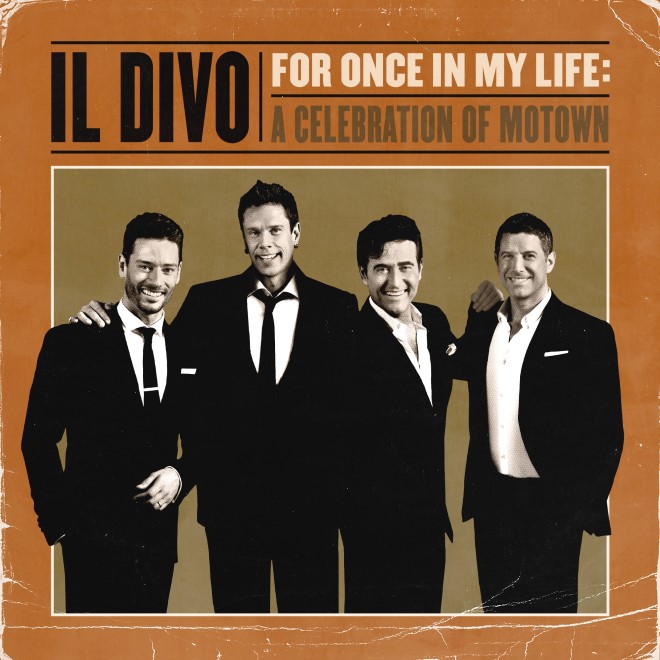 IL DIVO’S NEW ALBUM
FOR ONCE IN MY LIFE: A CELEBRATION OF MOTOWN
OUT NOW ON DECCA GOLD

A limited quantity of signed CDs and autographed signed posters are available! You can add the new album to your poster order for only $5!

For their 10th studio album, IL Divo celebrated the hits of Motown. Stand out remakes on the album include Marvin Gaye and Tammi Terrell’s “Ain’t No Mountain High Enough”, Stevie Wonder’s “For Once In My Life” and The Temptations’ “My Girl.” Produced, mixed and mastered at Koala Studios by Alberto Quintero, a Spanish producer who has worked with Il Divo on several previous recordings and also served as arranger on the recording, the album also features Motown greats Smokey Robinson and Boyz II Men on their most notable hits.